Please find attached report, with photographs, from the 106th and last, due to the move to Golf Ireland on 1 January 2021, Golfing Union of Ireland (Ulster Branch) Annual Delegates Meeting.

Report/Results from the meeting itself

The Ulster Branch draws were collected by delegates at the meeting and will be posted to any club, not in attendance – they can be viewed on the following link;
https://www.golfbox.dk/livescoring/tour/?language=2057#/customer/1190/schedule/2020/10914

END_OF_DOCUMENT_TOKEN_TO_BE_REPLACED

We hope to receive the remaining 5 machines in around March 2020 just before the start of the new season approaching. We also appointed a new grounds person – Daryl Ross who has settled in well, and this appointment along with the new machines coming on board we hope to progress the course further next year and continue to make on going improvements.

Currently over the winter months the greens keepers will be debranching and trying to tidy in and around the tree lines around the course. All the green keepers will also be undertaking Digger training courses so that we can do our own in house drainage improvements when the weather improves.

The yellow pin location flags have been ordered to indicate whether the flag is either front, middle or back and once they arrive we will ensure to get them out ASAP.

Once we have our next Greens committee in around the end of January 2020 we will have more updates on the additional machines we will be receiving and further course updates. 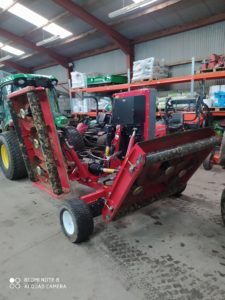 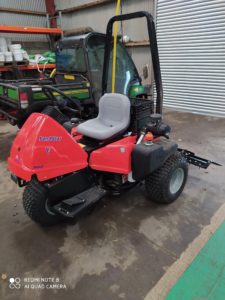 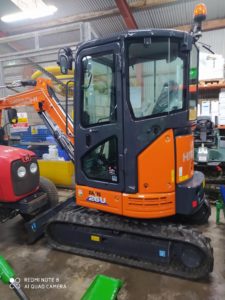 Nine months have passed since the historic decision to form Golf Ireland by clubs of the Golfing Union of Ireland and the Irish Ladies Golf Union. Since then, intensive work has been underway behind the scenes to ensure a smooth implementation of the Golf Ireland Proposal and ultimately, the transition to a new single governing body.

The Transition Board have met eight times since their appointment in March 2019 and are determined to ensure their schedule for Golf Ireland to go live in January 2021 is delivered.

Alongside the tasks of the various Sub Committees, the first Chief Executive of Golf Ireland has been recruited. Mark Kennelly has had a distinguished career in Government and politics and promises to bring a wealth of strategic knowledge to his role. Kennelly will officially begin his tenure in mid-December but has already begun on a part-time basis as CEO Designate.

As mentioned, members of the Golf Ireland Sub Committees cover the following areas:

Significant steps taken to date include:

–          The development and planned launch of the Golf Ireland brand identity, logo and website with The Public House agency

–          The establishment of a volunteering Sub Committee which aims to continue the culture of volunteering at club, regional and national level, something which golf is heavily dependent on

–          Agreement that the first Regional AGMs of Golf Ireland, attended by clubs, will take place in November 2020. Additionally, in depth consultation regarding Regional structures and zones has taken place with current GUI and ILGU volunteers

While this important transition work is taking place, it is reiterated that, throughout the next 13 months, the GUI and ILGU will continue to operate as normal.

The Confederation of Golf will also be transferring to Golf Ireland as golf club development and club services continue to be a crucial offering of the new body.

Chairperson of the Transition Board Tim O’Connor said: ‘As a group, the Transition Board believe we are building on tremendous foundations based on the great legacy delivered by both Unions over the past 128 years. Some nine months into the transition period, I can report that there is a strong sense of common purpose and a shared determination that together we can and must make the most of  this exciting opportunity for golf on the island of Ireland, and deliver on its potential to the full.’